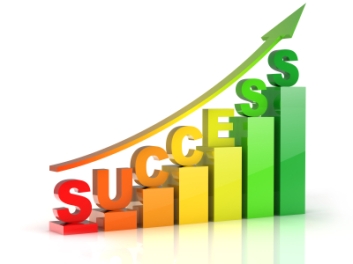 You want to be successful in markets, right out of the gate, at each and every site?  Follow this plan.  It isn’t rocket science but you MUST do each step on each store.  You miss one and it likely leads to breaking down of the others.

Goals are great. Without them, where is your business and life headed. But many people start out on conquering their goals with little planning on how to hit them let alone a realistic plan to achieve success. Change that. And use possible the best example in business to follow to give yourself the best chance at success, Southwest Airlines, SWA.

Thus, by making the routine the exact same every single time, it is like clockwork for every employee in their roles thus making each task to the point of mundane because they do the same thing over and over and over …. and over ….. and over again tomorrow and every day. By making each employees job easy (within reason), the SWA execution is untouched in the industry. There isn’t a courier world wide that can touch their profitability since 9/11, they are the only airline that has never seen a bankruptcy court let alone numbers in the red on their balance sheet and profit and loss. Their customer satisfaction rating by independent agencies routinely crush the competition and nearly every quarter they are #1 in being on time, luggage execution and more.

And, by making their jobs easy, SWA has employees who can focus on what matters most, customer satisfaction. Rarely will you find a SWA employee with a scowl and ask a SWA employee if they like their job and I have found my personal inspection of asking this question to be nearly 99%. And in the end, SWA is the ONLY carrier world wide to have never have a major accident. See any coincidence?

Many airlines now are borrowing and stealing SWA ideas but none of them can afford to match their simple model. Many can’t because their lack of profits forever don’t allow it. They are saddled with debt and archaic practices and systems and the legacy of buying another competitor who has a closet full of problems in every facet, they couldn’t begin to undue the mess to simply execute at the SWA level.

Thus, the point being, if you are struggling in your job, leading your department, running your division or leading your company, look at your processes and tasks. If they are so complex, archaic, lack automation, undisciplined, undefined, and don’t match anything I just described, then you need to start NOW to do this.

It is great that I outline this but unless I give you a tool to fix it, this is a worthless post. So here it is: Start with 4-5 items you MUST do every day to make yourself successful. If you have a staff, identify the same for your staff and get their input. Then micro manage the s*** out of this. Demand it and don’t be nice about accepting anything else. NOTHING. Ask yourself this question, if you did this, where would you or your business, division, branch, or LIFE for that matter, be, if you did this for the next 30 days? 60 days? And as you got those initial 4-5 actions engrained as the norm, you can begin to take on 2-3 more tasks done daily at the same intensity, some you do once or twice weekly, some even once monthly. But you again, micro manage the s*** out of this and you will change everything to where it becomes automatic and done at the highest level.

Start today. Define it and then execute it at the highest level whatever the scope may be, and what your routines spell is SUCCESS!

Let me know if I can help you plan 2015 and set your sites high.