2017 is in full swing & now is the time to take charge and make it YOUR year! It’s going to be the most successful year yet for all of your markets. How do we know? Because you’re going to stock them full of the most popular, delicious, convenient items out there …
& we’re going to help you. We got down to the nitty gritty and
found the top 17 products for some of the most important categories in your market.
Go ahead, take a look … You know you want to 😉

*32M’s private label Snack Time candies know how to satisfy a sweet tooth! & we have lot’s to choose from … Check ’em out! Click Below –>

*Did you know? Mention 32M when you order from PodPack to get a FREE SAMPLE kit! Click Below –>

*32M’s Lil Drug Store and Power Tower Store Starter Kit is the perfect solution where value meets convenience … You will LOVE this option! Click Below –>

P.S. Want all of these top-selling products but don’t have a warehouse to keep them in … Let us take care of that for you. With Pick & Ship, all you have to do is stock your shelves, collect your money, & maintain your inventory. Ask your 32M sales contact for the details – you’ll be so glad you did! 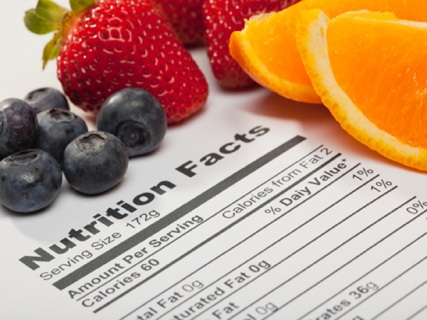 HUDSON, Wis. – Nov. 30, 2016 – PRLog — Three Square Market (32M) announced that it will be the first company to provide consumers nutrition information right on the point of sale kiosk.  This new feature will be one of several new features to be released between now and the next NAMA convention in April, 2017.

“With the industry requirements for vending requiring nutrition information to be viewable, we felt it was time to apply technology and be ahead of the regulatory curve and show all nutrition information right on the kiosk for any product” said Patrick McMullan, Chief Operating Officer for 32M.  “This is another industry-first feature that we are certain both our operators and end user clients will be thrilled with.  And this feature will also be available on our jail technology as well, an industry-exclusive in the inmate commissary arena also”.

The 32M nutrition information will be a seamless upgrade for all operators globally.  Current markets will see this feature released this week and all new markets opened in December will automatically have this feature.  “Operators will have to do absolutely nothing for this to appear on their kiosks” added 32M President Curt Giles.  “And when our total caloric consumption feature comes out next year, no one will touch the wellness impact 32M will bring to the marketplace.  With nutrition information requirements and consumer tastes evolving constantly, a 32M customer will always have the latest information with a scan of the product”.

2016 has been an outstanding year for 32M.  Not only has the company doubled in size, 32M also successfully launched a fixture division of their company that has made significant growth in less than 6 months.  Plus, 32M has also launched a full-service initiative where they become the warehouse for the market operator supplying literally everything that goes in to the store including coolers, fixtures, beverages, dry goods and more.  “We are a one-stop shop where an operator could literally be virtual – they would have no overhead whatsoever” added Mr. Giles.

Three Square Market operates locations in the United States, Canada, Europe, Saudi Arabia, Australia and New Zealand.  New markets will be opening soon in additional countries.  32M is a subsidiary of TW Companies which also owns corrections technology leader TurnKey Corrections (TKC) and TurnKey Correctional Supply.  In addition to breakroom solutions, 32M is providing self checkout technology now in other industries.  32M manufactures all of their own kiosks and fixtures at their headquarters.  32M and TKC will be moving in to their state of the art new headquarters in River Falls, WI in December, 2016 also.  “Our new headquarters will house our next era of growth and provide a new level of service to our clients” added Mr. McMullan.  “There isn’t anything in our new building that won’t be first class in every aspect”. 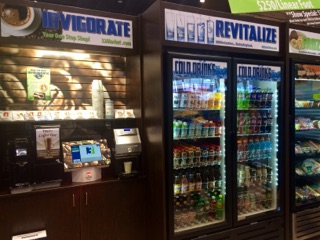 Three Square Market really is your one stop shop! Our new 32M Merchandisers are the perfect finishing touch to construct a market that looks as First Class as it runs. Give it a polished look and create exponential added value to your break room markets!

A clean, effective solution for your market needs. Bundle your entire market into one package or update your existing market with a polished look. 32M Merchandisers come unassembled to save you on shipping costs and are easily assembled and set-up with a two person team. Contact us today to learn about our custom options or take a look at our products online at 32MarketStore.com.